Your region has been blocked
Connected from ...

If your country is allowed, and you can't
access the site, try disabling your VPN
and hard refreshing (CTRL + Shift + R)

In roulette the outcome of games have already been determined ahead of round start and can be verified using the following values.

It is important to know that the server seed only becomes available to the user when it is no longer in use (i.e. rotated). Whenever the seeds rotate the user can verify the previous games to ensure they have not been tampered with.

Whenever the seeds rotate, and are no longer in use, new values will be generated by the server. It runs the following code on the server-side.

A calculation can now be made, as all the required values are there. At round start we run a version of the sample code to determine the winning number.

In a game like raffles it is important that neither the site nor the player knows the outcome prior to the game starting. We realize this by using an independent third party to interfere with the calculation of the winning slot. In the game there's two distinct values used to calculate the outcome. We’ll be needing the following values.

These values are combined and converted into a random number using the ChanceJS library.

Firstly, the following code runs on the server-side whenever a new raffle game is being created. Note that this value is shown to the user prior to the round starting but will remain encrypted until the end of the round.

Secondly, whenever the round starts a call will be made to the Random API provided by random.org. It returns a randomized string of characters that we can use as a salt.

Lastly, using the generated values a winning slot will be decided by converting the seed into a random number using the ChanceJS library.

Every time we make a call to the third-party, they will track the amount of calls made with them sequentially (serial number). You can verify that we have not cherry-picked the outcome because as your round was played the serial number has only increased by one call.

You can verify the signature of a random.org call to ensure it was processed by them. You can find the form by clicking here. 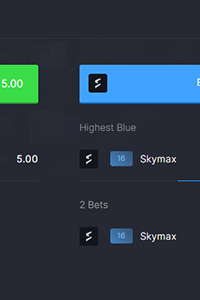 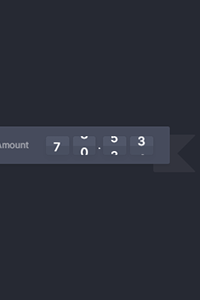 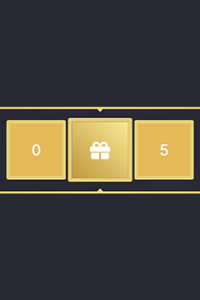 You must not use Bounty.gg in any way that causes, or may cause, damage to the website or impairment of the availability or accessibility of Bounty.gg or in any way which is unlawful, illegal, fraudulent or harmful. Using Bounty as a platform to store and/or trade cryptocurrencies is not allowed.

You must not post any phishing links, advertisements, pornography or other suspicious links in the chat. Nor should you post your own or other people’s personal information, if you wish to exchange personal information please use different platforms to do so. Spamming or any other type of disruptive and annoying chat behaviour is strictly prohibited. Excessive flaming, racism, sexism and similar offensive behaviour is also not permitted. Breaking these rules will result in a mute or ban.

Bounty.gg gives you the opportunity to exchange your CS:GO items, Gift Cards or Crypto for our own virtual currency, named "Credits". These credits have no monetary value, and can never be redeemed as real cash. We simly allow you to deposit, wager our virtual currency "Credits", and then proceed to exchange them to CS:GO items or crypto. These values are subject to change without notice. Patterns on items are not taken into account. By using Bounty.gg you are accepting our item values and there will be no refund in case of a value issue.

If your balance are lost due to a server side error that is our fault, you can contact us for support and we will refund your missing items. If you do not to contact us through [email protected] or Twitter within 14 days of the incident, it is no longer our responsibility.

Bounty.gg reserves the right to remove any user from our website at our sole discretion without and for any reason. Abusing our site in any way will result in a permenant IP ban from our website.

Use of our services is at your own risk. Bounty.gg, it’s employees and affiliates will never be held liable for your profits or losses while using this website. Variation to these Terms of Service are able to be revised and edited by Bounty.gg at any time. Revised Terms of Service will apply from their effective date once published to this website.

You are about to mute an user.